The Leading EDGE awards program identifies mid-market companies creating value for themselves and for the Northeast Ohio region at large. Sponsored by the nonprofit Entrepreneurs EDGE (Economic Development through Growth & Entrepreneurship), the Leading EDGE awards are the result of months of survey and data compilation of the region’s most innovative middle-market companies.

The Business Growth Awards recognize and honor businesses from a seven-county region that have achieved superior growth in sales and/or employment over the past five years.

Since its inception in 1987, the Weatherhead 100 has been the event that showcases the fastest growing companies in Northeast Ohio. Qualifying companies must show consistent growth over the last five years. The Weatherhead 100 list--objectively determined annually and highly regarded throughout the region--is a testament to hard work, commitment, innovation, and the dream to succeed. 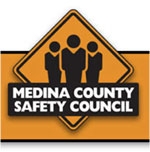 Companies with the best safety records during the year are honored at their annual awards event. Awards are determined and provided by BWC’s Division of Safety and Hygiene.

Read the Article by clicking here

Falcon Industries, Inc. is a manufacturer of conveyor and mixing screws and various metal-formed flighting products – all of which are components used in products that “move material” as part of an operating process. Located in the small community of Cosmos, MN, Falcon Industries is one of just a handful (perhaps five?) companies in the entire country that specialize in this product line. Read More...